This is a color reading for the word, or term, ‘femininity’. 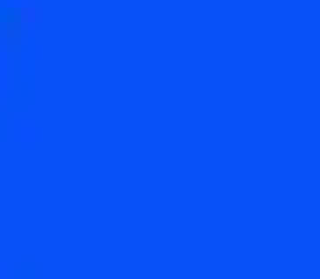 The true feminine! What does that mean?! What does that imply?! The feminine has suffered a great deal in this world, with regards to its expression and its potential. Did you know that even the human form, and the human female form, is an extreme limitation as to what the feminine is in fact? And that the feminine, in all its facets and forms is something to yet be understood. Similarly, the male or masculine as well, but for right now we’ll just be looking at the feminine. Cause it’s what this world is YEARNING for. To unleash the true freedom of everything the feminine embodies, and be able to understand, finally, what it means to be ‘feminine’.

But first, what do you actually know about the existence of the feminine? Is it all pictures and programming? Programming, meaning how you’re ‘supposed’ to see and understand the feminine in this world. What you’ve been ‘fed’ by movies and books and the way society has sort of shaped itself around those movies and books and how ‘women’ have been depicted and described in them. The ‘ideal female form and expression’ according to this world. It’s quite a huge ‘body of information’ that’s been accumulated to try and define and encapsulate what ‘the woman’ is supposed to mean. All these limitations that are like fences that’s been placed neatly to trace around where our ‘consciousness’ is allowed to venture with its understanding and experience. That’s not all there is to us women in the world. Not by far. But we’ve been led to believe that it is.

Led to believe… not by ‘men’ – they’re as lost as we are – but by ‘consciousness’ itself. By the giant trap that is ‘the mind’. The mind that likes to define reality and box things in to the ultimate degree, and make you sort of lose yourself in all the definitions. Where you’re for instance kind of like ‘oh I’m a female, so I must be limited to what this world is defining the female as.’ I mean imagine that, and realize the absurd and strangeness of it all. That yes, we ARE females, but yet at the same time we do not know for ourselves what that means. We must be TOLD and TAUGHT and SHOWN throughout our life as we grow up how to be/behave and sort of mold ourselves around the tight-nit webs of information and definitions that make up the ‘female programming’.

What a hoax that we allowed ourselves to fall into with our eyes wide open. To not know our own ‘feminity’, but rather have it be a thing that we must ‘fit ourselves into’. When maybe femininity is more ‘free’ than that. Maybe femininity is to have no definitions, no standard, no systematized beliefs where we forfeit or give up our ability to be free, as in ‘without thought or preconceived ideas about who we are’, in order to be part of or fit into some ‘system’ that seeks to destroy expression at all cost. Femininity is that thing inside us that wants to burst out and break through all that. A thing that can’t be contained by ‘rules’, that doesn’t follow a set path, that can’t be or isn’t predictable. It’s what exist and has been laying dormant in all of us. Us females who have existed in a ‘not knowing who we are’. Who’ve been told so many things, and have believed so many things. For so, so long, until now.

We’ve been lost for long enough. Can’t really ‘remember’ who we are per se. That’s not where we’re at. We need to just have a look at ourselves and stop telling ourselves we’re any different from who we are. Stop making ourselves believe the things we were told about ‘women’ in this world, using this world as a reference for who we are. That’s where all this nonsense started. At the place where we start thinking ‘oh, this is me’ at anything we’re being told. When we’re not the sole ones who decide who we are. When we’re not the ones who say ‘femininity is…’

So I’m definitely not here to tell you what femininity is, or is not. But more to remind you that maybe femininity is your power to decide that for yourself, and be the decider of you. And have that as your reference. So be different. Be the potential of you that you know is there. And don’t get sidetracked or pursuaded by what this world will tell you about the plight of women as being victims of disempowerment that caused them to have to fight for their place in this world. That’s the ‘story’ and it’s entirely up to your honesty with yourself whether you will choose to adopt it as your own. Cause you see, that’s how it’ll work. You always get the option whether you want to go and stick with the script that’s been scripted for you, and told a million times. Or if you want to choose to, I don’t know, get to know yourself, go off-script, be that person who doesn’t listen or adhere to any of the prescribed ways in which you’re supposed to accept your existence.

Be the essence of the female. The birthplace of life. Where life begins and ends. The decider of existence. That which scripts itself, and takes account of its own existence. Something undefined and yet to be created and explored. An abundance of creative potential that’s waiting for you to open up your eyes and steer this ship of life. There’s no other way but for you to do it, for you are the female, and that’s just who and what and how you are. The creative helm and director and decider of existence. And you know there’s no other way. On some level, you do know.

So stop waiting around, woman. Existence doesn’t have all day. There’s things that need to happen. In this world especially. Things you need to do because it’s your real and genuine plight as a female. So STOP. WASTING. TIME.

Introducing Life Integration, the newest Modality on Space of Grace!

In this post, you will find more in-depth information on how Life Integration works and how it can be of support within your Life and Well-Being.

While the word ‘holistic’ has been trending in many circles, few really ‘grasp’ what it means to approach something in a holistic way. We’ll use this post to introduce a holistic framework together with examples to illustrate what sets a holistic approach apart from non-holisitc methods. As you start to see what it’s all about, it will already help you to shift how you look at yourself, your life and the world, helping you to think/see in more holistic terms, and enabling you to make more informed and all-around supportive decisions.